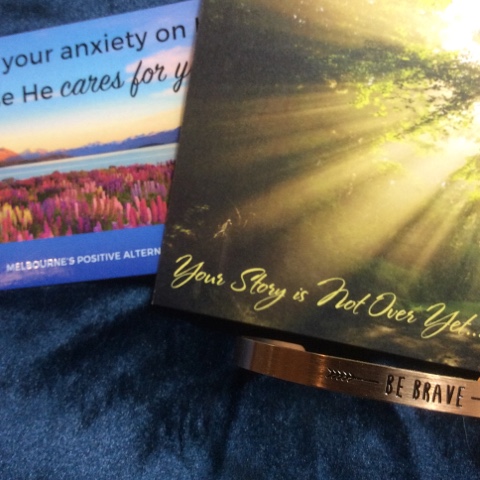 I thought I'd share this little gift I received recently.  A few weeks ago I spoke at my church about the past twelve months and its challenges and the blessings.  Shortly afterwards, I spoke on a local Christian radio station about my year.  They were having one of their appeals and it was around the time of the anniversary of Mum's death and I just felt prompted to call and donate.  Anyway, they often ask you to speak on air when you phone to donate and I usually just say no thanks...(not really my "thing" speaking in public or for lots of people to hear). However this time was different and I said yes I would....it was actually great to be able to speak out in faith about what had been going on and how good and faithful God has been to me in the last year.  I think it was his perfect timing for me to declare out loud his faithfulness, as it was only a week later when I received the news of the additional tumours....I think I have said this before, but in the last year, I don't think I have asked or said once why me? woe is me! poor me, or felt any self pity etc.....and I have to tell you....this is not because of anything I have done....I give God all the glory for my mental state...sure I struggle with thoughts of planning my funeral, getting my affairs in order, what will happen to my cats and other random stuff....and these are usually in the wee hours of the morning when I wake up having difficulty sleeping and sometimes my mind just runs away...not helpful at all!  But that is the way it is!  Anyway....last week I was feeling the loss of Mum particularly and missing her...possibly more than in the previous little while...not sure why but I was....and then in the post arrived this lovely card, fridge magnet and bangle....from the radio station i had spoken a few weeks earlier....this came at just the moment I needed some encouragement.

Now an update on the new trial....I started it Monday a couple of weeks ago....and go back this Friday for my second infusion....so far I have been feeling quite ok....it's funny though, you read some of the side effects and then you think...ooooh I've got this one and that one....but really, I think sometimes they are just because I am busy, work full time, it's the end of the year and so on....though one is reduced appetite and I think I might have this....and am I happy or what!!!!!????  This was one of the side effects of the last trial drug, however it seemed to have the opposite effect and I put on several kilograms...so I'm hopeful this might continue....as silly as it seems!

Well, I had best stop the talking and get on with some things around the home!  Like perhaps tidying up for the coming week which will be busy as I go into the Alfred twice, attend a patchwork group Christmas party and see my niece graduate from primary school....chat soon xx

Lisa, once again thank you, I struggle to find the right words for how your posts affect me, but I think I have just realised I find them inspiring. Not sure if that is the right word but if not it will come, looking forward to catching up Thursday, Maureen.

Very ncie and informative. Keep writing like this. Thank you so much.

Your article is Impressive. You continued to publish articles like this. 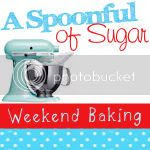 Hi there and welcome to my blog. I hope you find some of my ramblings an encouragement, amusing, a blessing and perhaps inspiring. Please let me know you have been to visit by leaving a comment....I'd love to hear from you.